Port Columbia & Eastern Railroad in HO Scale
See the freelanced Port Columbia & Eastern Railroad, with its own custom-painted locomotives in its striking black and yellow paint scheme, working alongside the Great Northern, Union Pacific, and Milwaukee Road to haul goods across Washington State and over White Pass. You will enjoy the scenic layout, which includes an interesting wharf, lots of industry in the cities, and the rivers and forests up in the mountains where the logging line and mines operate. We share the story of the PC&E and footage of the railroad at work. The layout is modeled by the Swamp Creek & Western club in Edmonds, Washington.

Pacific Rail & Transportation in N Scale
You will enjoy the creative history of Mike Bucy’s freelanced Pacific Rail & Transportation Railroad, a Class III shortline that operates secondhand Geeps and interchanges with the BNSF in Washington State. Mike is predominately interested in operations, so he has included seven industries for the railroad to serve and an elevated branch line. The railroad is nicknamed the PacRaT and has a long history in the fictional Pacific Northwestern town of West Creston. It runs older secondhand power, mostly GP9s and GP38s.

Build a Scratch-Built Shop: Part 1
We share a brief, two-part project associated with the June and July 2018 issues of our digital magazine. The second half of the project is in the movie featuring the Cascade County Narrow Gauge and the Modoc-Southern Pacific. 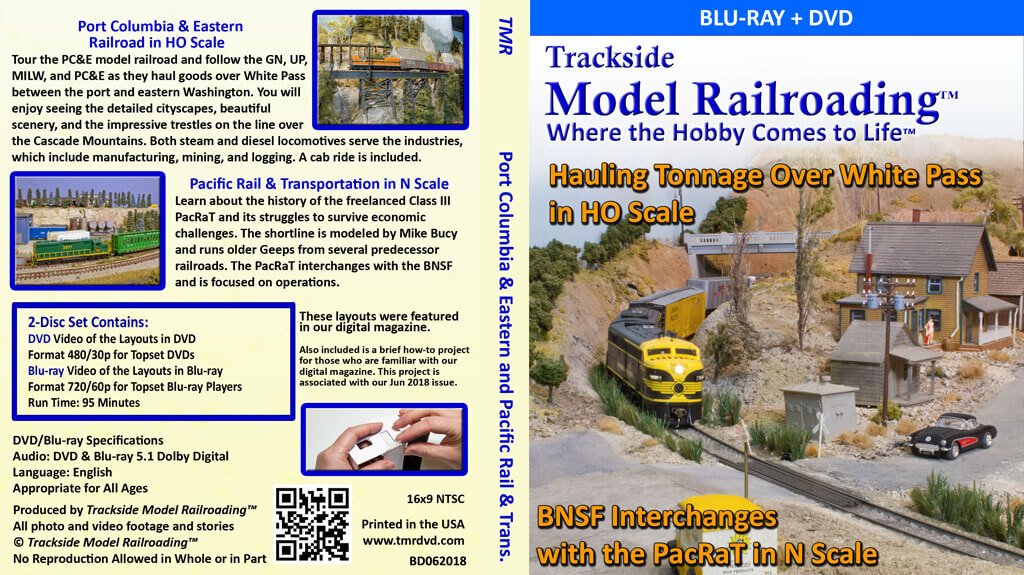