Canadian Railroading in the Rockies in HO Scale and BN, UP, and MILW Work Central Washington in HO

Canadian Railroading in the Rockies in HO

Tour Phil Miller’s two-in-one railroad based in Alberta and British Columbia, Canada. The railroad is based in two eras: narrow gauge 1950s steam and standard gauge 1970s diesel motive power. The narrow gauge is a freelanced mining railroad based on the Kaslo & Slocan Railway. The standard gauge is a freelanced version of the Northern Alberta Railways and British Columbia Railway. The railroads serve Dawson Creek and the mining towns up in the Rocky Mountains, as well as a freelanced logging area served by the Canadian National. The feature includes a cab ride around the layout looking forward from the caboose.

BN, UP, and MILW Work Central Washington in HO

Watch the Burlington Northern, Union Pacific, and Milwaukee Road work the Yakima Valley Railroaders’ HO scale layout. The club’s modular layout operates from the 70s to the 90s and includes lots of industry local to the Yakima area. We include mainline trains and switching on the movie as well as a cab ride around the layout. 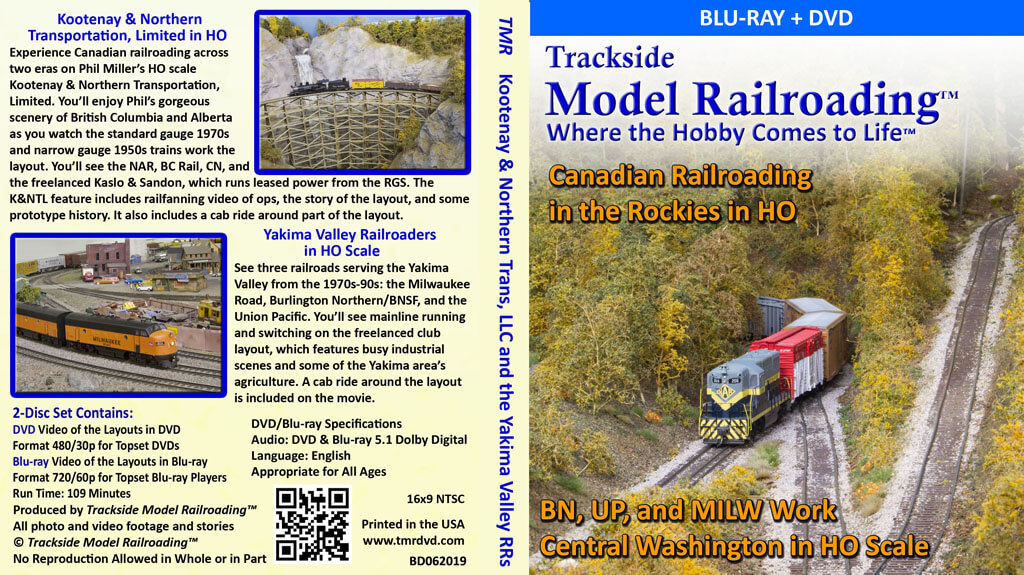 Be the first to review “Canadian Railroading in the Rockies in HO Scale and BN, UP, and MILW Work Central Washington in HO” Cancel reply