Washo & Wind Gapp Railroad and the Tribute to Seattle

See a beautiful narrow gauge, S scale hard rock mining operation based in southwestern Colorado in about 1930. The Washo & Wind Gapp Railroad leases RGS and D&RGW power to work the steep grades of the San Juan Mountains, hauling ore out from three mines. The feature includes an informative conversation with builder Bruce Hanley about some aspects of his railroad, particularly the coke ovens and mining operations. We share a bit about some of Bruce’s structures on the layout for those who are interested.

The Union Pacific and BNSF, as well as Amtrak’s Sounder, serve Jet Jordan’s version of Seattle, Washington on his N scale layout. Jet’s focus on the Tribute to Seattle is modeling some of the city’s landmarks and unique features. The layout is packed with good detail and custom-built vehicles and is a great example of how much can be modeled in a small space. Jet shares a bit about many of the structures in this feature. 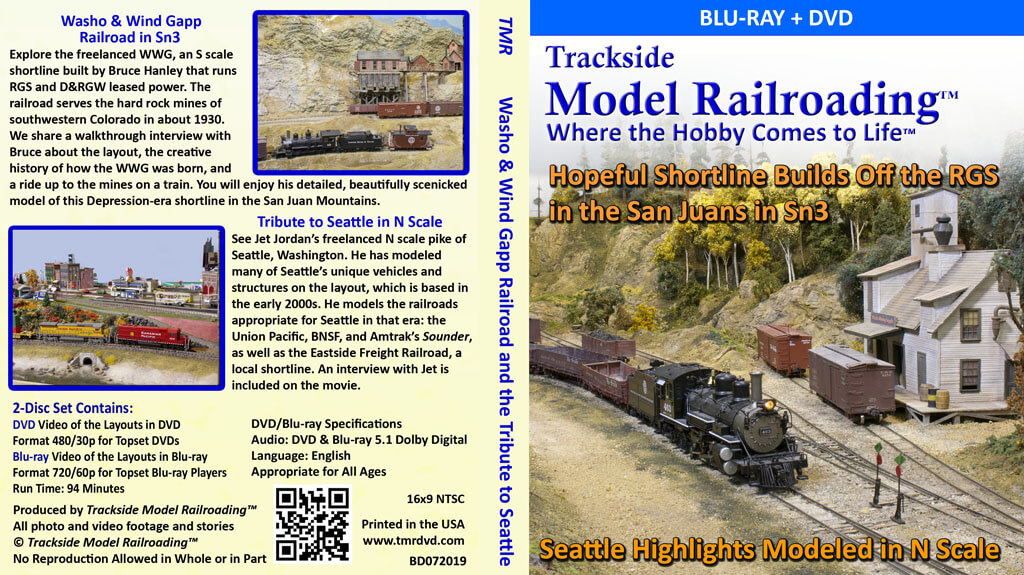